Far East importer with 43 years of experience.
UTS the source stands for creativity and originality. These two factors, combined with the know-how and the many good foreign relationships, are the foundation of the success of UTS the source.
We offer you a wide variety of beautiful, functional and fun bags for every fair and target group. Our bags are innovative and most of them aren’t available anywhere else. We not only develop and produce new products ourselves, but also help our clients with the execution of their own ideas. 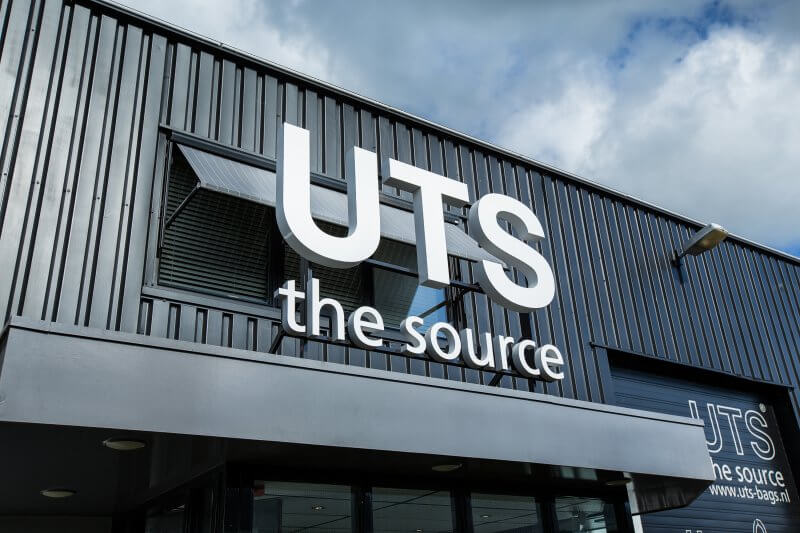 A real pioneer in the field of importing from the Far East was Fokke Johan Kingma, who started importing shoes in the late 1950’s. In 1973 his middle son, Fokke, joined his father’s business. In this period the business was called Kingma Agenturen, and the Kingma men were located in Amsterdam-Buitenveldert. On February 6, 1981 UTS was founded and father and son Fokke became partners.  After some successful years the family business extended when the youngest son René, and a little later eldest son Robbert,  joined the team.

In 1986 the Kingma’s moved the business to Weesp. Unfortunately father Kingma Senior † 1988 didn’t get long to enjoy the new location. Sadly the eldest son, Robbert † 1996 isn’t active in the business anymore either.

Adjusted to the changing market, importing from the Far East has remained. However, the way how and the type of products has changed tremendously. Throughout the years UTS the source has developed into the expert in the field of promotional bags.

At the moment, the management of UTS consists of five Kingma’s. A new generation of Fokke Senior and Junior, René and the women Marlon and daughter Sharon Kingma. They are too busy with their specified tasks to talk about family matters, which explains why the collaboration within the business goes so well.

“Money doesn't buy elegance. You can take an inexpensive sheath, add a pretty scarf, gray shoes, and a wonderful bag, and it will always be elegant.”

UTS the source is thé expert in the field of promotional bags. No sealed plastic- or glued paper Bags, but only sustainable Bags made on a sewing machine. In this field, UTS the source is unique, since all of our bags are meant to be re-used.

So sustainable bags, but also low-cost because our bags are usually handed out for free at Fairs, along with consumers purchases or with a campaign.

As an office and sales manager Marlon has answers to all your questions. You can place your order with her and she accompanies your order (together with you) throughout the entire process.

René is logistics specialist at UTS and your contact for questions about order planning and handling of sea and air transport. Warehouse Management also belongs to René’s duties.

Sharon is our studio manager and you can ask her everything about the printing artwork for your bags. You can also contact her for information about the bags we deliver from stock.

Fokke Junior really loves bags and is very innovative with coming up with new ideas. He is responsible for sales and can advise you on your choice.

Fokke Senior is very creative. He is the most experienced with over 40 years’ experience importing from the Far East. He maintains contact with foreign relations.

Our creativity has no limits! Let us surprise you with a large selection of previously delivered sustainable bags and garment bags.